"As if the feeling of rejection wasn't common enough in the world already, now we can feel it anytime we want with the swipe of a finger." -Knight 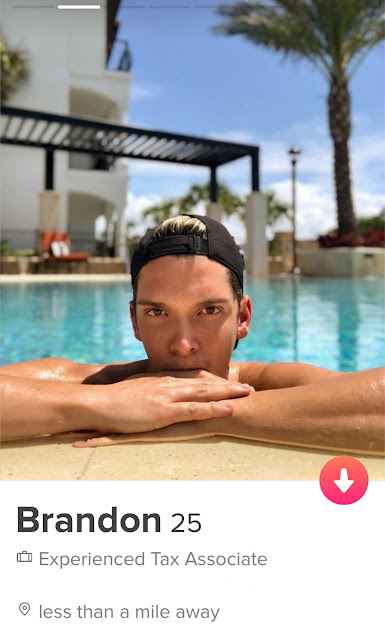 Last night I met my friend at a bar for a few drinks. We were celebrating the fact that we didn't have to work the next day. Granted we haven't known each other that long, we were very comfortable talking with one another about personal things. So we drank White Claw after White Claw, talking about the past and making fun of our exes all night. I was telling him about my toxic history with a guy from NASA when he told me that he recently got out of a five year relationship with somebody that he met back in college.

My immediate reaction of course was to say, "Oh my, I'm so sorry." To which he replied by telling me that he was the one to break things off with his boyfriend. My sympathy turned to praise as I applauded him for realizing that he wasn't happy and then doing something about it. Then I went for it and asked the common follow up question, "Are you starting to date again?" And I was less than thrilled with his response. You can probably see where this is going...

Yes. My friend downloaded Tinder. To be honest, it was kind of heartbreaking to hear that he already resorted to dating apps. But remember, he didn't even know what they were or how they worked because he's been in a relationship for the last five years.

We didn't have Tinder five years ago! Crazy, right? Do you even remember what dating was like before dating apps?

Unfortunately, I don't remember what dating was like before dating apps either. I'm 25 and by time I was "out" Tinder was already intoxicating the lives of all my friends. So I can't say that dating was better back in the day, I just imagine that it couldn't be as bad as it is now.

Tinder, Bumble, and Hinge are currently the most widely used dating apps for young adults. People from sea to shining sea are swiping left and right on each other in hopes of finding that perfect someone. But can you really meet the love of your life on an app? Our parents have to think we're crazy trying to find love on the Internet. I mean, isn't this exactly what they taught us not to do our whole life? And now, dating apps are becoming the standard for dating. So how is this affecting the dating world? To be blunt, it's pretty devastating.

How did we let this happen? Dating apps like Tinder and Hinge have ruined the dating world, and have created what I like to call, Survival of the Hottest: 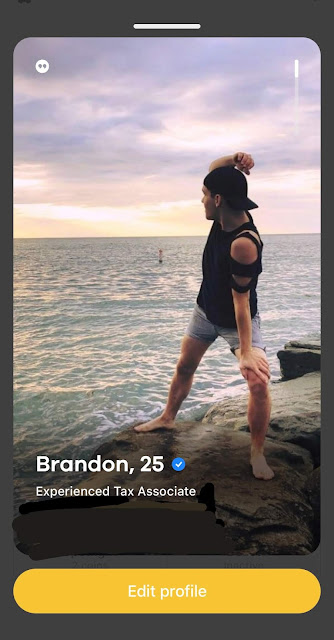 Survival of The Hottest

In my opinion, the most devastating thing that dating apps did to this world was pin young people against each other. Tinder was the key that unlocked the gates to a world where we could pick up our phones and literally swipe through pictures of complete strangers. We slowly became obsessed with criticizing, judging, and comparing ourselves to every other person on the app. Did we lose sight of why we downloaded the app in the first place? To me, it seems like these apps create nothing but anxiety for everyone that uses them (me included).

As if the feeling of rejection wasn't common enough in the world already, now we can feel it anytime we want with the swipe of a finger. All you have to do is open up Tinder, like someone that's "your type" and wait for them to never like you back. Instant rejection.

Maybe I'm being a little harsh, and maybe you don't feel rejected when somebody doesn't like you back. But wouldn't it have been nice if you actually met that person face to face and actually put more effort into gaining their attention than swiping your finger across your phone? Instead you're being rejected based on 5 pictures of you and some bio that you spent way too much time writing.

Even more sickening than that, is the artificial intelligence used in these apps that literally assign you a score based on how "hot" you are. These apps collect all kinds of information every time you swipe, and every time somebody else swipes on you. If everyone is swiping right (liking) on your profile, the app will force your pictures to the front of the line for people in your area. And vice versa... If everyone is swiping left on your profile (disliking you / nexting you) your profile gets buried.

Why do the apps do this? Well... it's survival of the hottest. The app developers want "hot" people on their apps to keep everyone that uses them happy. If you're "hot", you're more valuable to them so they show you other "hot" people in hopes that you'll stick around.

Doesn't this all sound kinda messed up? Is this the world we want to find love in? Do we want an algorithm teaching us how to love and be loved? Unfortunately I don't think we have a choice. Dating online is the new norm and it seems to be here to stay. So all we can do now is learn to live with it:

My Advice On Dating Apps

What are your thoughts on dating apps? Do you believe in survival of the hottest?

Disclaimer:
I will never lie in any of my posts, it's a waste of my time and yours. So I openly admit that I am still an active user of Tinder, Bumble, and Hinge. I am not better off than anyone else that uses these apps because I wrote a post about it. I am very much in the same boat as all my peers and readers that use the apps, and my views may differ from one person to the next.
Labels: Advice Dating Gay 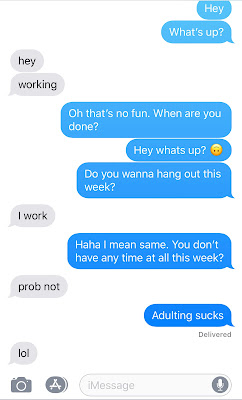 8 Signs That A Guy Is Not Into You 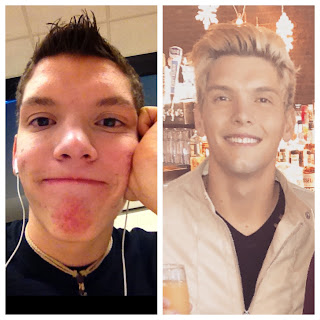 Coming Out: What It Was Like And How It Changed Me